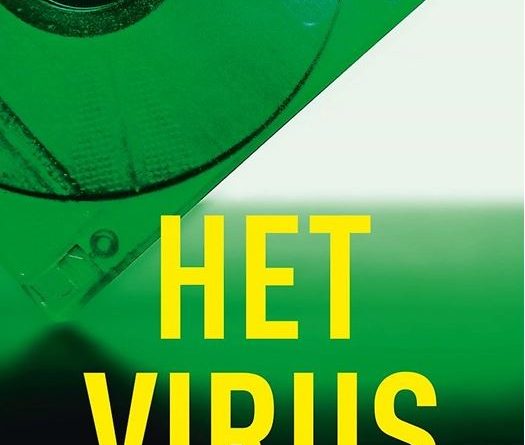 Something unusual for Christmas from Cybersecurity-Magazine: our first book review. Not only that, but also a review on a fiction book – strange choice for a cybersecurity platform, wouldn’t you think? For good reasons, though. Firstly, one of the authors of “Het Virus” (the original title of the book) is Eddy Willems, Anti-Virus-Expert literally from the dawn of computer viruses. And secondly, this book is well worth your while. With just a tiny disadvantage which hopefully will be a thing of the past very soon.

Let’s start with the latter: “Het Virus” is currently only available in Dutch, but we have been assured that there are plans for translations into other languages. Which would be most welcome from my personal point of view. Although I do speak Dutch, I am not using it very often. Usually I am a fast reader, but “Het Virus” took me considerably longer to finish. If I would’ve read it in a more familiar language, I probably would have finished it in a few hours, as the story is fast paced and thrilling.

“Het Virus” is set in the near future, where an evil mastermind is set to release a virus onto the world. A NATO agent and a communications specialist are bound to stop him, along with some experienced anti-virus experts. While that sounds familiar and foreseeable for a thriller, there are a few things which set the book apart from your usual suspense novel. Firstly, while at first glance the story looks foreseeable, it is not. Proof of point is the twist at the end. Of course, I’m not going to say what it is, but if you would like to get a general idea of the book and its protagonists, I do recommend reading the short story, which Eddy Willems published as the last chapter in his (non-fiction) book “Cyberdanger”. This short story serves as a prequel to “Het Virus”, though it’s perfectly possible to read the book without knowing the short story.

The other thing I personally liked about the book is its realistic outlook into the near future. True enough, the future described is only a little more than a decade away. Nevertheless, Eddy Willems and Alain Dierckx illustrate a future which could very well turn out more or less like that. I do admit that I am a fan of so-called “hard science fiction”, and from that perspective, the authors are doing a very good job of perpetuating technology progress. Computer technologies, mobility, even small details such as the question how the current Corona pandemic will leave its impact are covered in the book and, without giving away too much, all of those sound very reasonable.

As mentioned before, while the story sounds like your usual James-Bond-movie, it has it twists and turns, which ensure that you will never be bored by the story, even though some storyline leaps do exist. The main characters are also realistically depicted, something which probably can be related to the influence of Alain Diercx, who has authored fictional stories before. The expertise of Eddy Willems, on the other hand, shines in those scenes where computer technology and specifically anti-virus topics come up during the book. His experience and knowledge on cybersecurity definitely shows and adds a certain learning effect to the book.

To summarize, if you would like to read an entertaining, yet realistic story which will give you some insights into the cybersecurity world, “Het Virus” is for you. Unfortunately, it’s currently only for those of our readers who can read Dutch, but I’m hoping that around this time next year we can review or at least announce an English Version of this book – it definitely makes a good Christmas present.

With those words, all of us from Cybersecurity Magazine wish our readers a merry Christmas, happy holidays and a good start into an all new and hopefully all different 2021.