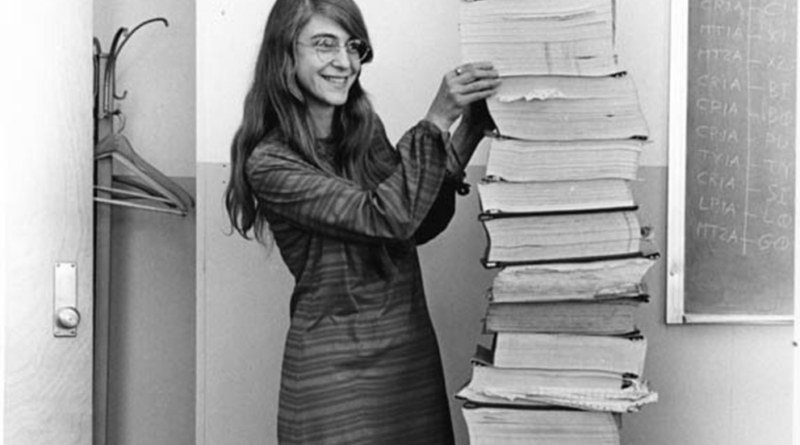 Today is International Women’s Day. The International Women’s Day website states that this year’s theme is: #BreakTheBias – “Imagine a gender equal world. A world free of bias, stereotypes and discrimination. A world that’s diverse, equitable, and inclusive. A world where difference is valued and celebrated. Together we can forge women’s equality. Collectively we can all #BreakTheBias. Celebrate women’s achievement. Raise awareness against bias. Take action for equality.”

Now, although there has been some progress, the number of women in tech and cybersecurity is still low compared to other industries. Which is why we spoke with executives from various companies to see what they had to say:

Elle Lynch from Machair Solutions, broke down the issue in her statement: “I am not a woman in cyber security; I’m in cyber security. Hackers don’t discriminate based on gender but the workforce dedicated to stopping these criminals is heavily characterized by a lack of gender diversity. I want to #BreaktheBias and see gender no longer be a qualifier before a role in tech. International Woman’s Day is a great reminder to celebrate how far we’ve come and highlight how far we have to go.”

Breaking down the barriers inside our minds is something that Linda Goetze, VP Board of Directors at the Blockchain Chamber of Commerce, advises: “Too often the bias that keeps women out of boardrooms (only at 21.6% globally according to MSCI ) and out of ‘typically male’ roles like engineering is in the hearts and minds of the women themselves.  We’ve got to break the barriers in our own brains that keep us second guessing ourselves and seeing others as better equipped for ‘the job.’  Every boardroom and every industry vertical benefits from balance and women can bring diversity of perspective simply by dint of their gender.  The amazing skills and talents many have developed trying to feel ‘good enough’ will justify their seat at the table in multiple other ways as well.  So STEP UP!  You ARE good enough!  The doors of opportunity are open ladies!”

“I have been in the technology field for over 20 years and have run the gambit of positions from on-the-ground engineering roles to organizational leadership positions. As such, I have been privy to and experienced first-hand the oftentimes unconscious biases against women in this field. For example, I’ve been the technical spokesperson lead for my organization countless times. Yet, it is not an uncommon occurrence that during the Q&A session following my presentation, the audience has directed their questions to my male counterpart. Even when that male has looked to me for guidance, and I would take the lead in providing the technical response, the next questions would, again, be directed back to my male colleague,” said Rachel Pedreschi, VP of community and developer relations at Imply. “To survive and thrive as a female in previously stereotypical male roles, women must be prepared to actively break biases. We must teach girls and women to assert themselves, which historically has not typically been a trait to which we are attributed (not positively, anyway). At the same time, we need to teach everyone to stop making assumptions based on the gender of the person they see in front of them. Technical people come in all shapes and sizes but there has been a tendency to assume that males are the more technical ones.”

Pedreschi continued, “We have indeed come a long way. Yet, biases do persist. As women, the more we speak up, actively pursue and contribute to typically male-dominated fields, the more we can help to shatter these preconceived notions.”

“I fully support and agree with this year’s International Women’s Day theme of #BreaktheBias. While it’s human nature to have biases, it’s something I strive to be cognizant of and sensitive to—especially as a minority woman. You will find biases wherever you go, so it’s important to learn how to spot them and overcome them,” said Catherine Qu, VP of growth marketing, Imply. “One way women can accomplish this is by speaking up. For so long, women have relied on the quality of their work to speak for them, but that’s an outdated way of thinking. In today’s world, women need to be forthright, direct and confident talking about their accomplishments and acting as a self advocate. In addition, women should seek  champions who believe in them and will speak highly of them to others. Also importantly, women should  keep an eye out for each other. If you see a woman trying to speak up in a meeting but being ignored, say something about it and make sure that woman is provided the opportunity to share her thoughts.

Qu continued, “In the technology industry, I do see improvements being made, and there are certainly actions women can take to create our own change. Be a mentor to the younger women in your organization, and seek out mentors who can be your champions. Get involved or support organizations that are focused on empowering and educating women such as Girls Who Code or Women in Tech. By working together, women can create the future we want to see now.”

“While we cannot ignore the tremendous progress that has been made, we live in a world where perceptions of what it means to be a woman or a man are still very much defined by stereotypes. I have been fortunate to have forward thinking parents, educators and employers that have encouraged me to reach for and achieve my goals of working in STEM. However, others around the world remain not as fortunate,” said Lindsay Mantzel, Senior Full Stack Developer, Retrospect, a StorCentric Company. “This year, as we consider how we would like to recognize and celebrate International Women’s Day, I encourage everyone to lean into the conversation around gender stereotypes. And then, I hope people take action – there are so many ways to do so – from acting as a mentor, to speaking at a career fair at schools, to simply donating to an organization dedicated to the cause. In other words, let’s help close the opportunity gap, with a goal of ensuring girls and women have all the support and resources necessary to reach their full potential.”

“International Women’s Day is a day dedicated to celebrating all women across all diversities around the world. It is a day among many on which I reflect on and appreciate just how far women have come in the technology field. At the same time, I recognize that there remains work to be done to ensure future generations have the support and resources necessary to explore, pursue and grow in these fields,” said Samina Subedar, Vice President of Marketing and Communications, StorCentric. “I strive to emulate those that provided opportunities for me to pursue, and now thrive in my career. And I am fortunate to now work in an organization that appreciates the immense value of a diverse workforce.”

Subedar continued, “So this year on International Women’s Day, I encourage everyone to give purposeful thought to how they can actively support a girl’s or woman’s goal of entering a career in technology or their chosen field – whether it is donating your time or from your wallet. And business leaders, I likewise implore you to review your organization’s HR practices – from hiring to programs designed to train and retain the most richly diverse workforce possible. Afterall, diversity in the workplace isn’t just the right thing to do, it is the smart thing. Bringing diverse people and thereby diverse perspectives into the workplace leads to a greatly enhanced ability to generate ideas and problem solve, which lead to solutions, innovation and business transformation.”