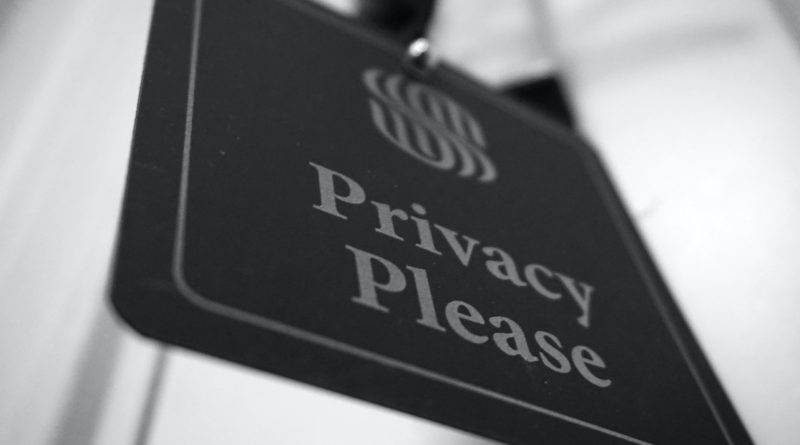 Zero Trust is a concept security experts bang on about almost incessantly. To the wider public, however, it is esoteric and not a serious concern. If the Supreme Court of the United States removes constitutional protections, states and individuals will have the tools to track women seeking abortion information.

A recent Vice Magazine article revealed that an advertising technology (adtech) company, SafeGraph, was selling location data of people who visited abortion clinics. Since the report, the company announced that they would no longer sell that information as it puts those people in jeopardy of criminal prosecution in certain states.

Activists began “outing” investors in SafeGraph to no small embarrassment of the investors. Cyber Protection Magazine contacted several of the investors, all of whom denied knowing what was being done with that information.

Mike Derezin, COO of ChainLabs and an early investor in the company said, “I made a small investment in 2017 in SafeGraph & have had limited interaction ever since. I had no idea they would ever track anything related to Planned Parenthood. When I learned Tuesday that they did, I was very surprised & upset. I was relieved to hear they stopped this practice.”

However, that position might be naive. The purpose of adtech is to identify where people go, what they do, what they spend money on and what they believe. That’s how social networking and digital advertising companies make their money. The lack of personal identification protection in these industries and the fact that it can be obtained for nefarious purposes is well documented.

The trick is to not give your information to those companies. The Digital Defense Fund suggests five potential dangers to people seeking abortions or just information about abortions.

Anti-abortion protestors may try to take pictures of clinic visitors and use facial recognition to identify them publically. Wearing a hat or hood, sunglasses and a medical mask can prevent that. Hong Kong protestors used umbrellas to create a barrier.

Family and friends may harbour anti-abortion sentiments and even if they don’t turn the woman into authorities, they may let it slip in casual conversation to more radical people. Don’t share texts, posts or conversations with them. Practice zero-trust in relationships and verify that whoever you talk to is safe.

On a technical level, whoever pays the phone or internet bill can access texts and emails. Phone records can be taken by law enforcement by court order. Your devices can be confiscated to search messaging content and browsing history. Users can refuse to give security codes to access phones, but police can use biometrics (e.g. face recognition or fingerprints) without the user’s permission to open phones.

Women who live in states criminalizing abortion should immediately disable biometric access to phones, computers and other digital devices.

A safer avenue is to add Google Voice, Signal or other encrypted communication apps for phone calls and texts. This also solves the problem of a telephone company turning over your records to authorities or to people posing as law enforcement. The user controls the encryption. only the user can authorize access.

For search safety, avoid Google Chrome at all costs. Google collects a huge amount of data, as do all social media platforms. Authorities can flag searches for information on abortion or abortion services. Download secure browsers and only use them to maintain security. Proper security settings and blocked cookies make Safari and Firefox good choices . Better choices are, for desktops, Brave, and for phones and tablets, DuckDuckGo. The latter includes a VPN service blocking location.

Turnoff location services on devices. It may be inconvenient but location tracking, as mentioned previously, is a major danger.

We’ve outlined a few of the basic precautions to protect women’s privacy. More complete lists, explanations and directions for use are at the Digital Defense Fund and the Electronic Frontier Foundation websites.

The perceived right to privacy is under direct threat in the Western world and complacency. Listen to our podcast on security complacency. d