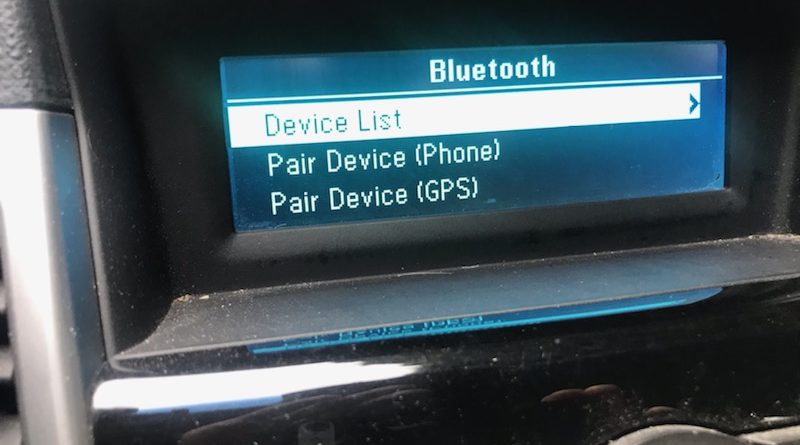 Technology companies traditionally ignore the safety downsides of their products. The Apple AirTag is the latest example as reports of people using them to stalk women started popping up. This isn’t a new development. Bluetooth tracking devices, introduced about a decade ago, can surreptitiously shadow people, using hundreds of different tracking apps. But as easy as it is to slip one inside a purse, a pocket or even a car, it’s just as easy to disarm them.

Bluetooth transmissions can’t extend more than 100 feet, or 30.48 meters so they have to connect to a controlling device, like a mobile phone, to transmit it further. The owner of the tags can track the movement of the Bluetooth tracking devices connected to the controller, even if the tag owner isn’t the controller owner. Modern cars are Bluetooth enabled. That makes them excellent transmitters for tags. Some have cellphone technology embedded and some can even be WiFi hotspots. Hiding a tag somewhere in a car is easier than in a purse or pocket because there are so many more hiding places in cars.

How to stop it

Bluetooth technology makes the use of electronic devices easier. You can connect earphones, microphones, speakers, even solar panel monitors to your mobile phones with ease. Sometimes interference from other radio sources can break those connections but the transmission from the tags is so low bandwidth the connection can be hard to break. Most users are more concerned with that convenience that they never monitor who is connecting to them.

The easiest defence is to just turn off Bluetooth connections at your phone when you are in a public place. The controlling device will set up a connection with a tag even without the permission of the car or phone owner as long as it is within transmission range but without a Bluetooth connection, it makes the tag useless. You can’t take or make hands-free calls or texts while you drive, or walk down the street looking like you are talking to yourself, but at least your are not being electronically stalked.

Does that mean you have to stop playing music from your phone to your car? No, as modern cars also have USB ports. With the phone hardwired to the car, it is more secure than connecting over Bluetooth.

The second easiest defence is to check if Bluetooth tracking devices are connected to your phone or car. Remove access or turn off Bluetooth on your device until you find the tracker. Turn the tracker into police. It can be traced back to the owner.

For example, the author of this article, checks his iPhone daily, clicks on Settings, then Bluetooth and looks under “My Devices”. If he doesn’t recognize them he deletes them. Likewise, he checks all devices connected to his car. He also uses a Tile device on his keychain because he does misplace his keys, but he doesn’t keep the Tile app running in the background. The Tile device records the last place the device connected with his phone within 100 feet, but his phone location can’t be tracked.

Staying off public Wi-Fi and turning off any location sharing can also prevent electronic tracking. Faraday bags are also helpful, but it means you can’t receive calls while they are in the bags. Yes, that’s annoying, but that’s the way the world is.

While you can block a simpler device, like a Tile, by turning off WiFi and Bluetooth, the Apple AirTag is a bit more difficult. As a result Apple rather quickly did what they should have and improved security. Now, as long as you have “Find My Phone” activated on your phone, you will get an alert, “Item Detected Near You”. To see the device, tap the alert, then tap “Continue” and then “Play Sound”. That will make the tag play a sound so you can find where it is.

Related:   What Is Pentesting? A Complete Overview

For a suspicious tag, tap “Learn About This AirTag” to see the AirTag’s serial number and check if the owner has marked the tag as lost, if so, you can pause it for 24 hours while you alert the owner. If you think someone is stalking you, write down the owner information and then remove the battery. Push down on the stainless steel side of the case and rotate it counterclockwise. Pop out the battery and the AirTag nonfunctional. Then contact the police.

For Android users Apple produced the app Tracker Detect available on the Google Play Store. Launch the app, tap “Scan” then “Play Sound”, locate the AirTag and disable it as above.

Are you at risk?

Not everyone has to be concerned about this. Women between the ages of 18 and 24 and survivors of intimate partner violence are far more likely targets. LGBTQ+ people are the second most vulnerable group. So a straight, white middle-aged male doesn’t have a lot to be concerned about. That doesn’t mean everyone shouldn’t be vigilant. The CDC says 3.7 per cent of men are stalking victims. That includes both cyberstalking and just plain tailing someone.
Journalists are popular targets for technology-facilitated abuse. So are activists, dissidents, and human rights advocates in countries with poor human rights records.

What does the future hold? For now, much of the same. Technology companies have never designed for security in their products and there is little incentive for them to start. The US and EU governments are getting less patient and creating standards requiring devices purchased by governments are secure. That will trickle down shortly to the consumer level. But in the meantime, don’t share passwords, don’t connect to unknown devices and use common sense to protect yourself. There are scary people out there. They are only interested in vulnerable people. Don’t make it easy for them. The Technology Safety website provides several ways to protect yourself beyond electronic tracking. What they suggest may seem onerous but we all have to take responsibility for our own safety.